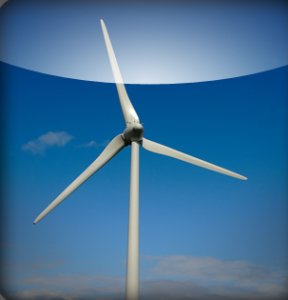 With the Indian government opening up its renewable energy market to foreign players, India has now become a battleground for global giants in the wind energy industry. Many companies are entering the market to capitalize on the huge energy demand in the country.

In the financial year 2010-11, energy deficit was about 17000MW or 12% of the required energy at peak demand. Despite this, no major addition happened to the 190GW odd power generation capacity in the previous year. Of this total capacity only around 11% comes from renewable sources (wind, solar and small hydro projects inclusive).
According to an estimate around 327GW power generation capacity would be needed in India by the year 2020.  Renewable energy companies will without doubt have to make a larger contribution to meet this. The huge opportunity that this energy deficit provides is sure to kick off competition by luring more companies to enter the Indian market.

Nuclear energy in the woods

The nuclear disaster in Fukushima has caused many nations to reconsider their energy policies. The Indo-US nuclear deal that India boasted about until a year back now seems less relevant, as the prospect of having a nuclear plant in the vicinity is likely to trigger protests. The nuclear project plans in India suddenly seem to have become comatose.
With the nuclear plans on hold and thermal power primarily controlled by government. Renewable energy investments which earlier seen only as tax saving measure by the rich, now seem to lure more and more investors for the returns it is promising.

There is need for clean energy companies to take on a greater role in filling the energy deficit in the country.

Suzlon and Enercon which are the leaders in terms of market share, face serious competition from the other global giants and smaller Indian companies entering the arena. Going forward, companies that were enjoying first mover advantage till now will be on level ground with the new entrants.

Thus far, Indian projects account for around 21% of the total CDM (Clean Development Mechanism) projects registered worldwide. In the past couple of years two major government initiatives worth mentioning are the Jawaharlal Nehru national solar mission and allowing 100%FDI in renewable energy. While solar energy companies are fighting hard to overcome the technology limitations, in wind energy the country has seen some really big names like GE, Siemens, Gamesa, etc. enter the market in the last few years. These companies with larger product portfolios and better technologies will give tough competition to the incumbents who have limited design and manufacturing capabilities.

Need for CI in wind energy

All the players need to have their antennae up, to stay relevant.  The incumbents need competitive intelligence to protect their turfs against the new entrants, while the new entrants need smart strategies to penetrate the market.

In the fight to stay ahead, wind power companies are competing on many fronts. From acquiring high wind potential land, finding quality vendors for their components, building capacity and partnerships, and most of all to lure big corporate clients these companies are poaching on their competitors. Companies that have been relatively complacent so far will now need to strengthen their competitive intelligence systems and initiatives to maintain and gain competitive advantage.