Home > The Challenge of Innovation

04 Sep 12 The Challenge of Innovation

As discussed in my last blog, the introduction of product patent regime is transitioning the industry into an innovation based one. Indian firms are on the right track with various newly developed molecules entering the clinical trial phase. They are now fighting to be the first ones to give India their very own NCE (New chemical entity). While Dr. Reddy’s Laboratories (DRL) announced Balaglitazone phase III results in 2010, Piramal looked at getting its anti-cancer drug out soon and Ranbaxy launched India’s first new chemical entity, an anti-malarial drug, Synriam in April, 2012. Given the scenario, we expect the other Indian pharma companies to soon roll out new chemical entities into the market, as they already have various molecules in the last phase of clinical trials. It is speculated that the entry of these NCEs would lead to the rapid growth of the market and the market size would double in a few years. 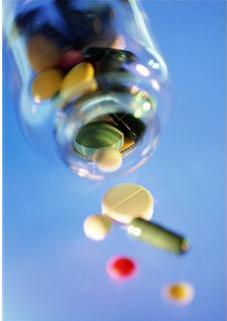 The success with discovering a new chemical entity was no surprise, given the rich innovation background of the country, established due to the growth of the contract research market and ever growing pool of skilled manpower (scientists, PhD holders). The government has also been supportive towards research. The allowed FDI capital of about 100%, in existing pharma ventures, provides added cash inflow.

Is it too early to judge whether Indian companies are successful in initiating innovation into the system? They began investing in early 2000s, and 10 years is too short a time period to determine the success of NCE research. The picture looks perfect so far, with companies on the verge of bringing out newer drugs. Mr. Satish Reddy, the MD and COO of Dr Reddy’s Laboratories Ltd, once mentioned in an interview that ‘The challenge is not discovery, but how many of them make it to the market.’ So, the bigger concern is what lies ahead once the molecules make it to the market. Some of the future possibilities and opportunities for Indian pharma companies:

In the future, it will be interesting to see how the research oriented Indian pharma companies evaluate the profitability of their innovations. How effectively will they manage its lifecycle and further design the 4Ps of marketing for them. Innovation is a challenge but connecting innovation to profits is an even bigger challenge. Hope the Indian pharma companies figure out the missing link to this connection.

Sayli was a research analyst at ValueNotes, with a focus on healthcare and pharma.