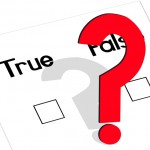 That some kinds of tactical intelligence is often required immediately is understandable.  Sales teams often need intelligence on potential customers and competitors very urgently when they are say, pitching for a contract. Unless they get it fast, they stand to lose the contract.

Strategic intelligence, on the other hand is associated with long term decisions. For example, the decision to  enter a new geography is not based on what is happening in the geography today or even what you think will happen tomorrow. You are basing it on what you think is the potential there over at least a 5 to 10 year time horizon (or more!). Surely it is a decision that is based on several developments within the company, industry and economy over a period of time. It is a decision that has a deep and long term impact on the company. Not a decision that can be or should be taken in a tearing hurry.

So, if a company is asking for a very fast turnaround time on some bit of strategic intelligence just ahead of a strategy presentation, or just before making an business plan, what does it tell you? It tells me that the decision maker has already made a decision, but is merely looking for confirmatory evidence to make his presentation to the company board or his seniors sound credible and convincing.  Unfortunately, a lot of the so called strategic competitive intelligence is of this variety. True CI enables rational decision making. It is not a formality that needs to be completed for getting your plans approved.

What happens if the confirmatory intelligence actually contradicts the decision that has been taken?  Will the decision maker take it seriously, or dispute it or worse, dismiss it?

I am reminded of one piece of CI we did several years ago, for a multinational  that wanted to set up a   general insurance business in India. In particular they felt insurance of industrial assets was a lucrative segment in India. Their focus was on companies with industrial asset of greater than a specific cut-off amount. The decision was already taken at the management level and what remained was gaining an approval from the company Board.  Our research estimated the potential market size for them in India at an amount much lower than their own guesstimate.  Although the number of private sector companies in India is very very large, most of them are very small in size. So there were only a few hundred companies that qualified as potential customers for them.

The senior executive who had commissioned the research was very upset with our research. But we had faith in our estimates and stuck by them. The company subsequently entered India in a joint venture with an Indian company, but exited within a few years.

Getting back to our theme, true competitive intelligence is far more valuable to an organization than confirmatory intelligence, as it can a lead to superior decisions. Decision making done on the basis of personal experience and gut feel perhaps worked in a relatively stable external environment. With rapidly changing technologies, lifestyles, economics, politics,  etc., it is dangerous to do CI merely as a formality.

What is your experience?