Home > Are companies in India ready for competitive intelligence?

04 Sep 10 Are companies in India ready for competitive intelligence? 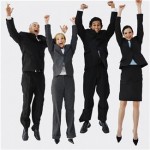 If I was asked this question only 5 years ago, I would have hesitated in responding. Competitive intelligence was “nice to have”, but few companies were ready to commit resources and budgets for it.

I recently had the opportunity to interact with several senior CI practitioners from companies operating in various sectors such as IT, BFSI, Pharma, chemicals, etc. in India, at the briefing on competitive intelligence hosted by ValueNotes in Mumbai on 20th August.

The enthusiastic response we received was the first indication to me, of the change in the significance of CI for companies in India. The interaction itself further confirmed my conjecture that the outlook for CI in India is most certainly changing. The high level of awareness of the attendees was reflected in the discussions that took place during the evening. The topics moved well beyond the fundamentals and benefits of CI, to issues relating to frameworks, CI tools, detailing of needs, measuring CI, ROI of CI, policies and ethics. There was a perceptible hunger for better intelligence inputs to improve corporate performance.

A key reason for this is that companies in India are facing more competition than they have ever faced before and going forward, this is likely to intensify further. As the developed economies falter, companies from around the world are turning to emerging markets. Companies in India increasingly have to fight to protect their turfs.

The multinationals in general are further up the curve than Indian companies, as far as their CI readiness is concerned. Going forward, competition will force Indian companies to seek the same strategic advantages that CI offers their challengers.

Competitive Intelligence as a discipline is relatively new in India, but I believe exciting times are just around the corner.