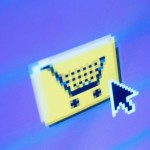 CI teams cannot be efficient, effective and successful without a buy-in from their co-workers at all levels – senior, middle and junior.

CI teams face a dual challenge in terms of getting an internal buy-in within an organization. First, they need to show a good ROI to the senior management in order to justify their very existence. Unless senior management perceives their value in helping the company meet its business objectives, they will a) not be consulted b) not be respected c) not get support (and funding and resources) required for creating effective CI for the organization. But establishing the ROI of a CI team takes time, as the CI process as well as capabilities evolve over time. During this time, the CI function needs an internal champion or a sponsor who can encourage the organization to support the team.

Second, given that the organization itself is a rich source of information and insights, the CI team needs to be able to elicit it from the employees . Further, the CI team needs these inputs to flow to them, not once or twice, but on an ongoing basis. For example, the CI team may want to request regular inputs on customers and markets from the sales force.

Competitive intelligence practitioners who attended the SCIP India Chapter meeting held in Mumbai on 12th April 2012 discussed precisely these issues. The topic for the evening was “How to set up a competitive intelligence function in your organization”. The attendees included executives from companies such as Tata Communications, Oracle, Syntel, Cipla, Novartis, SKF and Galaxy Surfactants.

Here are some best practices that were highlighted during the discussion, for getting an internal buyin for CI at all levels in the organisation:

Do you have any other best practices that have worked in your organization? Do share them with us…