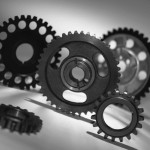 India’s proposed National Manufacturing Policy (NMP) has ambitious objectives of creating employment for  100 million people and taking the share of manufacturing in India from the current 16% to 25% by 2022. Competitive intelligence is a key ingredient that policymakers need to use for meeting this objective.

Growth of manufacturing in India is being seen as a necessary condition for continued economic growth. Without large scale employment creation, rather than reaping the demographic dividend from a large working age population, we could have an economic and social disaster on our hands with increasing numbers of young unemployed.

In this case we already know the first two. It is the final question which is critical. Creating a comprehensive framework that will facilitate high growth in manufacturing involves much more than the NMP itself. As many have already recognised, supporting reforms for facilitating exit, land acquisition, increased ease of doing business by reducing the number of clearances, reforming the education system so that it produces more employable people, improving infrastructure, better access to finance, etc. are among many that have already been identified. The NMP (draft) document itself covers many of these points; expert commentators have pointed out a few additional ones.

In the context of integrated global markets, growth of manufacturing in India is essentially a CI problem of gaining advantage over other competing locations such as China, Thailand, Brazil, Malaysia, etc.

There is some evidence that our policy makers have indeed taken a global perspective and studied some competing  locations, particularly China, while drafting the  policy. However, looking at the draft policy, one gets the feeling that the competitive analysis has been done at a very superficial level. In fact, some analysts have criticised that there is excessive emulation of China’s policy, without evaluating its applicability to the Indian situation.

The current document lists priority areas such ask skills development, labour reform, etc in very generic (non actionable) terms. Converting the policy into an actionable plan requires identification of key competing locations and an analysis of our strengths and weaknesses, vis-à-vis the competitors. Further, benchmarking and setting targets on key performance metrics for important enablers of growth of manufacturing such as number of windows for getting all clearances required, number of days for setting up a new unit or closing down an existing one, number of patents granted, number of vocational graduates per year, etc. is required.

Several successful economies such as South Korea, China, Taiwan and Brazil have used competitive intelligence for achieving their economic objectives. Hopefully the Indian implementers who will deal with the “how do we get there” will also borrow from the CI toolkit.