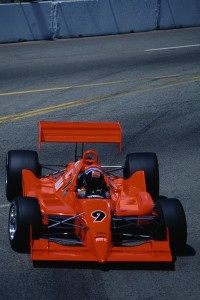 General Motors India recently announced plans to phase out some of its old luxury models (Optra and Aveo), owing to the current slowdown in the automobile industry. In an industry where workers rarely get any breaks, GM India had observed 2 non productive days last month to address the sudden fall in demand. Overall sales of Volkswagen another global automobile giant fell by 28% in the last 5 months. The sales charts of many prominent players in the industry are telling the same story. Automobile industry contributed 22% to the manufacturing GDP in 2011; it would be interesting to see how the numbers turn out this year.

Though raw materials prices including those of steel, aluminum, rubber, etc. have fallen in the past one year, many factors have been playing spoilsport. Sky rocketing petrol prices has caused a sharp fall in demand of cars that left car manufacturers incapable of making the most of the low raw materials costs. Low pay hikes and trade union troubles have left many companies struggling with human resources. Apart from that the high interest rates is also a major contributor to the slump in the automobile industry.

The automobile industry was once taken by surprise 8 years ago when most companies were reaping profits from an unanticipated demand. Customers had to face waiting periods of more than a year to buy a car. Then it was a pleasant surprise for the automobile companies as they were bombarded with orders. But this time the situation is exactly the opposite, I wonder if companies have anticipated situations early enough this time or are just improvising.

Strategies for the sprint

To insulate themselves from the uncertainties associated with different market segments, some companies are trying to diversify their presence across all segments. Companies that earlier operated only in the luxury segment such as Ford, GM, Volkswagen, etc. have been able to reap benefits from this strategy, but companies such as Maruti, Hyundai, etc. that operated in the economy segment have had to pay the price. Since, none of them have been able to establish a strong foothold in the luxury segment while having lost market shares in their existing markets to models like Chevrolet Beat, Ford Figo, VW Polo, etc.

Many car manufacturers are looking to export to markets such as South Africa, Malaysia, etc. Some companies are even considering assembling more left hand drive variants to be able to export to more countries in order to tackle the slowdown.

The companies that have anticipated this slowdown would take it as a pit stop and gear up for the next lap while those struggling to keep up were most certainly taken by surprise once again.

What can companies do to smoothly sail past this slowdown?