Home > Meddling in microfinance – will we throw the baby out with the water?

19 Oct 10 Meddling in microfinance – will we throw the baby out with the water? 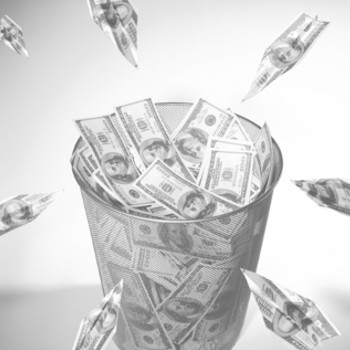 The IPO of SKS Microfinance has generated much angst amongst the righteous, Indian leftist fringe. And our financial press is only too happy to highlight their views, regardless of logic. After all, how can an institution that seeks to serve the poor, make so much profit? How dare they go public and command a market valuation of Rs 7,500 crores?

Surely there is something afoot!

Recent management squabbles haven’t helped matters at SKS. And as if to corroborate their arguments, similar success stories of other MFIs like as well as their misdemeanours are trotted out to fuel the sense of injustice. And now the Finance Ministry has got into the act, and is reportedly urging state-owned banks to curtail lending to MFIs, if they lend at more than 24%. One editorial even suggested that banks should directly lend to the poor, and not encourage these MFIs.

But hold on for a moment. Can we pause and take a rational look?

First of all, why don’t banks lend to the very poor, small borrowers? Nobody has said they cannot, or should not! It’s because servicing small loans costs a lot, relative to loan size. Ever wondered why SMEs suffer interest rates that are several percentage points higher than for large corporates? Borrowers from MFIs borrow amounts in thousands, versus SMEs who deal in lakhs and crores, even as large corporates want hundreds of crores.

But servicing a small borrower still requires due diligence (else we would berate lenders for their bad loans). The loan officer must spend time to meet the customer, prepare and update files, write notes, complete documentation, and yes – collect and keep track of repayments. Repayments are tiny amounts, often collected weekly and in cash.

It is MUCH more costly to administer and manage small loans. This is not rocket science. Brokers charge retail customers higher brokerages. Commodity producers sell cheaper to big buyers. Its an economic fact of life that smaller volumes mean higher costs, and higher pricing is the only way to make such businesses sustainable.

Nobody stops banks from lending to the poor. Either it’s just not viable, given their cost structures, or they’re too lazy to go the extra mile. After all, it’s easier to make money from loans to the Tata’s and Birla’s! But the microfinance companies have created a viable model; one that involves significant investment in reaching out to, and knowing their communities. If that includes lending rates of 30%, is that so bad? We seem to forget that traditional moneylenders charge anywhere between 36% and 100%!

If we restrict funding for MFIs (which are transparent, governed by company law, scrutinized by stock exchanges and investors, funded by banks, run by professionals, and so on), we will drive the poor back into the hands of moneylenders (which are unregulated, lend unrecorded cash (read black money), usually don’t pay taxes, are privately owned and politically connected, and so on). They’re also much more ruthless with defaulters than regulated microfinance lenders.