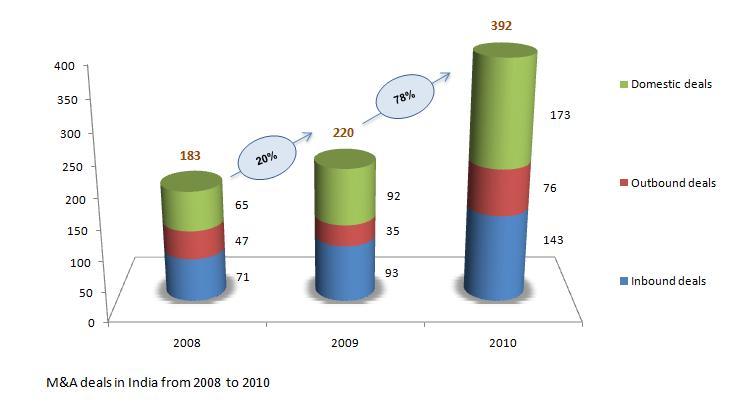 Out of these, 173 were domestic deals amounting to a deal value of USD 21.8bn, 76 were outbound deals where Indian companies acquired a foreign target (deal value USD 10.7bn) while 143 inbound deals saw Indian companies being acquired by foreign firms (deal value USD 10.8bn). Strong corporate balance sheets and an improving environment for acquisition finance have been the positive drivers for the increase in outbound deals (76 in 2010 as compared to 35 in 2009) as more and more Indian companies fish for acquisitions overseas. Indian securities markets have performed well in 2010, providing a range of financing opportunities, including issuance of novel hybrid securities. 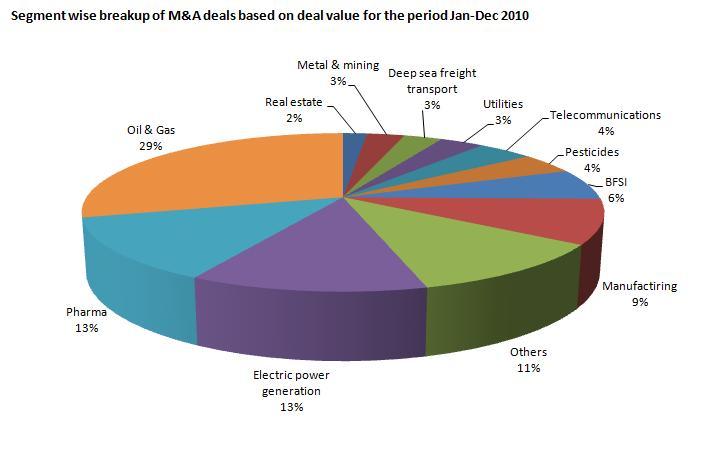 Interestingly this year saw corporate Indian look beyond their traditional target geographies of the US and Europe to hunt for deals in regions such as Africa and South America and closer to home, such as in Sri Lanka and Bangladesh when Tata communications acquired Sri Lanka’s second-largest land-based telephone company Suntel and Airtel acquired Bangladesh’s Warid Telecom. Most of the countries in South America and Africa are rich in natural resources and as several Indian companies (including public sector companies) are seeking to secure energy and raw material to achieve their expansion targets, these sectors and regions could see further larger deals being announced in 2011. But at the same time we could see an increase in the number of inbound deals as multinational companies realize that the slowing growth in their domestic markets requires them to be in emerging markets like India with a focus on sectors like consumer goods and pharmaceuticals.

So it looks like the Indian M&A sector is back on track again and I think it will continue to show a sustained growth in 2011, driven by India’s strong fundamentals and robust economy. I can already see the I-bankers rubbing their hands in glee!