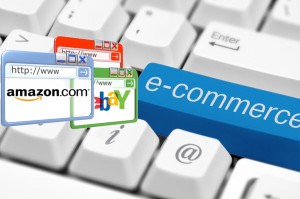 A closer look revealed that the stories and conclusions were focused on quantum of funding in the last quarter. The likes of Flipkart and other “Unicorns” are now finding it difficult to raise fresh funds at ever-higher valuations. Numerous start-ups with copycat e-commerce or hyper-local offerings are shutting down and laying off hundreds of workers. Essentially, the big deals we saw a couple of years ago have dried up.

Between 2012 and 2015, the hype created around the Indian e-commerce opportunity helped raise valuations of a few companies to absurd heights. And large chunks of this money were spent on subsidizing customers. Naturally, reality will catch up and valuations/funding will fall!

But does this imply a decline in the future for start-ups, or their prospects?

The question here is – what metric should we use? Is a single $100 million investment in a Flipkart, or payTM, or Ola; the same as a hundred $1m investments in a hundred companies? Which of these tells us more about the health of the start-up ecosystem? Excessive attention to quarterly deal sizes tends to obscure the real picture – a rapidly evolving and maturing entrepreneurial ecosystem in India.

Which brings me to my next grouse – why do we suppose that VC funding alone is a proxy for Indian start-ups?

Globally, less than 1% of start-ups manage to obtain VC funding. There is no reason to believe that India is any different.  VC funding tends to focus on a few high-profile sectors, and tech/Internet related businesses are favored. Venture capitalists have their reasons for this (expectations of super-normal growth), and that’s their call.

However, the bulk of businesses that get started are not really VC-compatible. They’re not designed to scale a hundred-fold in a few years, nor do they promise to disrupt entire industries. However, many of them will make money, grow steadily, and create both wealth and employment. And some will scale up, even if relatively slowly compared to tech firms.

Going by data from the Ministry  of Corporate Affairs, we’re adding around 100,000 new companies every year on an existing base of 1.08 million (active companies as of Feb 2016).

And the tribe of entrepreneurs is only growing. I interact with a lot of young people, and for many, a life dream is to become an entrepreneur. Compared to when I finished college, a far greater proportion of well-educated (read employable) 20-something Indians are choosing to be entrepreneurs. And it’s not just tech or the Internet, but healthcare, restaurant chains, organic food, exotic holidays, water sports, health farms, and all kinds of strange businesses.

The unfortunate part is that small businesses in India have almost no financing options, other than self or family. The Companies Act 2013 has made it next to impossible for a private company to borrow from non-banks, which has closed out funding options for many companies (and not just start-ups). Though the angel network in India is now growing substantially – it’s still very “tech” oriented.

This gap has to be addressed by less restrictive regulations, many more funding providers and lots of innovation. This is not an easy challenge to address, given the scale of the MSME sector in India.

However, big challenges hide big opportunities. The absence of meaningful funding options for MSMEs and startups is a huge unaddressed market opportunity.  Recent policy initiatives in the banking sector have opened a window for a variety of players to enter this space. Also, problems with large borrowers have made small ones more attractive.

There is the potential to transform the economy, and truly unleash entrepreneurship in India. Among the motley crowd of small banks, microfinance companies, fin-tech players and other innovators, those who can build sustainable and scalable models will be big winners.