Home > From cash-rich to cashless

Wednesday last week, Indians woke up to much of their cash (in hand) becoming worthless when the government announced the demonetisation of 500 and 1000 rupee notes. “The great cash clean-up”, “Surgical strike on black money”, “Cash is no longer king”, “India currency bombshell” – screamed some of the newspaper headlines in the country. With not a penny in my wallet, banks closed and cash machines not working, my initial reaction was fear and insecurity. Calm eventually prevailed when I realised that my money was actually safe. 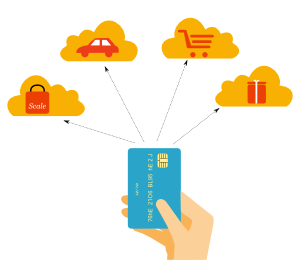 Despite the immediate disruption caused to businesses and the endless scramble for a few notes of legal tender (which continues a week later as I write this piece), the majority of Indians support Mr Narendra Modi’s bold attempt to rid the country of unaccounted money. 86% of all currency in circulation is 500 and 1000 rupee notes. The Indian economy is driven primarily by cash – nearly 90% of all transactions are cash. Taking these high-value currency notes out of circulation, with no prior warning, is bound to cause some chaos…

There’s no doubt the government’s demonetisation measure will impact industries and small businesses in the short run. GDP growth will slow in the near term; money supply will be limited.

Currently, a little over 1% of India’s population pay taxes on their income; while a mere 2% file their tax returns. The country’s informal or unaccounted economy is pegged at a whopping 20-25% of GDP – still a very conservative estimate.

To put things in perspective, take the retail sector as an example. According to a KPMG report, the country is home to 12 to 15 million retail outlets, and the size of the retail market was estimated to be worth USD 534 billion in 2014. With over 92% of the business coming from the unorganised sector – and that includes kirana shops (corner stores) and tapris (that sell tea and paan on street corners) – little wonder how much of their earnings are really accounted for!

No guesses why Mr Modi’s demonetisation move is going to boost India’s GDP in the long run. In 2014, the government launched the Jan Dhan Yojana programme – targeted at the country’s poor rural and urban population – bringing millions into the formal financial system. More and more people are likely to go cashless – with the likes of PayTM and the recent United Payments Interface – forcing even the corner shops to bank their earnings.