Well, many investors might already be aware that the Indian markets are too high and cannot sustain these levels unless earnings catch up. I am not going to write about whether earnings are really catching up or not, because my guess is as good as yours.

An alternative indicator to help understand whether the markets are high or not, can be judged by looking at the market capitalization / GDP ratio. This is a ratio that Warren Buffet watches to determine whether the overall index level is overvalued or undervalued.

Historic data in India indicates that if the ratio is below 60%, the markets are under-valued or close to bottoms, while at 100% levels, we are close to the peak. 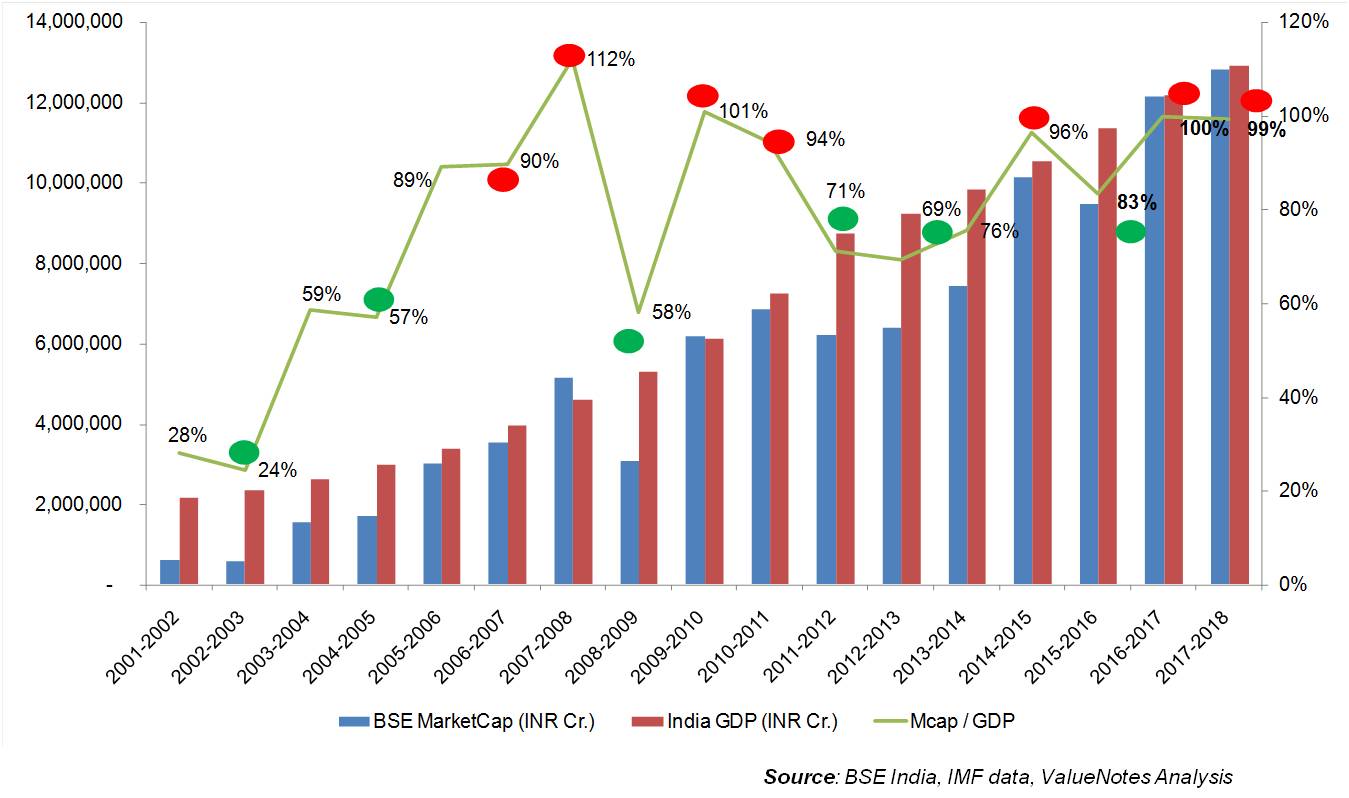 A closer look at the charts and events:

While past trends cannot always be relied on, the data suggests a high probability that the markets will fall or move sideways from this point. The ratio however tells us to remain cautious and not increase equities exposure… Many pundits have expressed the same view… I am just trying to support it by data – Mcap / GDP ratio is ~100% – Caveat Emptor!!!