Home > Publicization not Privatization: The solution for India’s public sector

09 Aug 17 Publicization not Privatization: The solution for India’s public sector

All economies have struggled with how best to deal with declining state-owned companies. In India, the problems are particularly acute.

Per se, government ownership need not be a negative. However, public sector units tend to lose their competitive edge over time, for a variety of reasons. 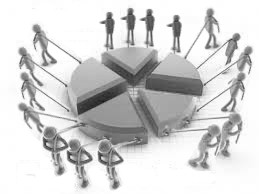 One of these is that most PSUs were set up at a specific time in history, to solve a specific problem – or provide products and services that nobody else could. Decades later, there is no need for governments to make steel or watches or provide telephony.

Secondly, the incentive structure for employees breaks down in PSUs. Promotion and perks are not aligned with profits, like in other commercial entities. This encourages risk aversion and mediocrity. I have nothing against public sector employees. Most are smart and many are brilliant, but the fact is that they function in an environment that does not reward performance.

Finally, the biggest problem is that major decisions are politicized. The greedy and powerful easily find ways to distort priorities to suit their own vested interests. It is well known that many of the large loan defaulters to PSU banks were politically connected. Even the best PSU manager will struggle to field demands from powerful people who can threaten his career. This lack of autonomy cannot be easily rectified – the temptation for politicians (and bureaucrats) to meddle is always very high.

In India, the results are clearly visible. Hind Antibiotics has been making losses since 1993. They are highly uncompetitive and irrelevant in today’s Indian bulk drugs industry. Yet, they talk of revival. Air India loses a few thousand crores every year, and is fast losing market share. After making losses since 2000, HMT is finally to be shut down. BSNL, once the telecom giant, is now bleeding terribly. Many more are making losses, even as most of the profitable ones are earning below-par return on capital.

Who is paying for all this?

You and me – taxpayers!

Don’t you think that precious tax money could have been better spent on starting schools and hospitals, building roads and solar plants, investing in garbage disposal, waste management, defence, etc., etc.? I’m sure you can think of a thousand better alternatives than funding decrepit PSUs.

Is privatization the answer?

Well… that depends on what you mean by privatization.

The outright sale to a big business house or MNC has been done, but is always politically challenging. All our unions are politically backed, and have far greater political power (read noise-and-disruption-capability) than ordinary taxpayers like you or me.

So how do we get out of this mess?

What do I mean by that?

Create publicly owned corporations where no single shareholder can acquire controlling stakes. Effectively, the companies will be governed by autonomous boards and widely owned. Some of India’s best companies like HDFC and Infosys don’t have a “promoter” any more.

We can create similar structures for PSUs. ICICI Bank is a great example. Once upon a time ICICI Bank was dwarfed by IDBI Bank, and both were government owned. Today ICICI Bank’s market cap is Rs 189,000 crores, more than 15 times that of IDBI Bank! Axis Bank (formerly UTI Bank) is another example of what autonomy can do.

By selling to the public and not a rich, fat, corrupt promoter; we can avoid the potential charges of favouring one or another. A hefty discount for retail investors, and even bigger discounts for employees will help generate goodwill.

Who will run these companies?

These companies can be run by autonomous boards, with representation for government, institutional shareholders, retail shareholders, employees… all major stakeholders. The government can retain a golden share to ensure that no single entity can acquire management control or majority ownership (similar to RBI not allowing majority holding in any bank).

It’s quite simple, isn’t it? Let the public (and employees) own and govern these companies.

What about redundancies? These may be needed to make the companies competitive/viable.

This is not as difficult as it seems. Give all the employees salary and increments for life!

If value is unlocked from the unleashed business potential and idle real estate, there will be no problem of resources. Part of the money can be used for re-training those employees who want to keep working. Remember, employees will also get shares at a significant discount.

What happens with all the money? This can be spent on new initiatives/companies where private sector cannot or will not invest enough – for instance education and healthcare for the poor, infrastructure, environment, etc., etc.

In order to ensure that the new assets created do not suffer similar problems a couple of decades down the line, the government should treat its investments like a private equity investor. Essentially, invest when needed, and sell on maturity of the investment. If BSNL had been sold in the late nineties, we would not have seen this kind of value destruction (of public money!). PSUs may be essential in a certain era/situation, but the world changes (and faster than ever). The government should be free to encash their gains at the appropriate time. All companies and industries have phases, why does the government need to run a bulk drugs or watch company in 2017?

We could create a fund (or several). Government investments could be pooled, and buy/sell decisions should be left to professional strategic fund managers. These people could invest according to the priorities of the government of the day, but also sell when the investment outlives itself or other priorities emerge. Once upon a time, private sector lacked capability to run airlines or airports or roads – but this is not so! So why not sell these, and re-deploy the money in other things.

In today’s environment where mutual funds are flush with funds, it will not be difficult to off-load shares in PSUs, especially if shareholders know the companies will be free from interference.

This is not only simple and sensible, but could be politically saleable. If only, they saw the light!