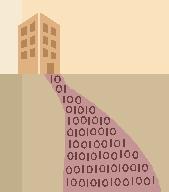 “Data is what distinguishes the dilettante from the artist.” – George V. Higgins

Yet, reliable data is so hard to find in the Indian business context, that very few companies operating in the country factor it into their decision-making; most are forced to rely more on gut feel and anecdotal evidence.

Why is data so hard to find in India? Some may say it is a historical and cultural trait of Indians to not document. Can’t dispute that. We are among the least documented cultures, be it history, medicine, religion or science.

There are other reasons though, why the Indian economy suffers from a paucity of documentation.

The organised sector, by and large, barring a few industry segments, consists of a very large number of small companies, again making the industries difficult to understand and track.

Further, since the country’s governance is decentralised, many sectors such as education, health, electricity, etc. fall under the autonomous purview of state governments. This leads to variations in the regulation and level of documentation across the states.

The government statistical machinery in India is not able to cope with the sheer volumes of data that need to be collected and collated. There are many activities and segments that are simply not covered. In a select few large industries like auto and telecom, industry associations collect and maintain industry data. In most other sectors, industry associations are weak or non-existent.

So are decision-makers in India doomed to flounder in the dark? Not necessarily. It is possible to collect actionable intelligence even in this information environment – only it is not as straightforward as it is in developed economies.

To find out how to do competitive intelligence in the Indian environment, attend the ValueNotes Webinar on “Competitive Intelligence in fragmented, undocumented and unorganised markets”.