Home > Will IT services revenues from BFSI go into limbo?

01 Jun 12 Will IT services revenues from BFSI go into limbo? 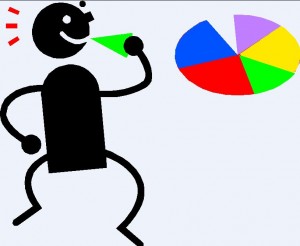 The banking, financial services and insurance (BFSI) sector is the largest consumer of Indian IT services. In 2011 BFSI contributed almost 50% to the $60 billion IT exports market. Appeal of low infrastructure costs, highly skilled IT workforce and higher profit margins keep bringing business from global BFSIs to India. For over a decade they have reaped the benefits of locating their operations in India through outsourcing contracts.

Complex regulations and lack of understanding of the local work culture made it difficult for foreign BFSIs to set up their own captive units. But with each assignment that they execute with the Indian firms, these companies have grown more mature in India. Over the years many companies that previously outsourced to Indian vendors, have set up captive units. Going forward, the big fat Indian IT industry might find it harder to lure the global financial corporations.

In the past few years CITI, JP Morgan, HSBC, Credit Suisse, Wells Fargo and few more global banking giants have set up captives to handle their global back-end operations themselves. Apart from being self-dependent, captive units also allow BFSIs to offshore work that is more critical and involves confidential data. Though most BFSIs are still dependent on the IT service providers for the software development, but given that technology migrations and changes in banking software’s are not so frequent, can the possibility of captives evolving to threaten the revenues of IT service providers be completely ignored?

The BFSIs now hire more and more software professionals. If they become self-dependent for the software development & database management work, what possible implications could this have? For as long as they plan to carry-out the work from India, the jobs of Indian IT professionals will be secure. In addition, the captives will continue to pay taxes to India without causing any negative impact on the economy. Only parties at risk will be the IT service vendors and the banks themselves who might lose a big technology advantage that outsourcing provides them.

In the past half decade, two back-to-back economic slowdowns have brought down the spending powers of the global financial corporation’s by a great deal. The banks of west, now more austere, are able to handle their IT needs in-house through their captive units present in India. An abundant IT workforce, high attrition rates and low employee satisfaction in Indian IT companies ensures availability of resources. Captives also allow BFSIs to pay better grades to employees, from the savings made on vendor margins. So, even if BFSIs stop outsourcing to the Indian IT companies, India will continue to offer the same advantages.

Heated competition for IT services

Since, the client himself is posing threat as competition; it is paramount for the IT service industry to keep a better track of the external environment to stay relevant to their clients and to keep up the competitive advantage.

If the Western BFSIs attain IT independence it will be a major setback for the IT services in India. They would either need to provide a cushion for the changes in the global BFSI industry, or create new value for clients to retain their businesses in future. The cushion might be provided by shifting revenue focus to other sectors or by prioritizing domestic, South East Asian and other unexplored markets where most IT service firms are already heading.

It is hard to tell if the BFSI revenues will tank in near future or not. But as the BFSIs go independent, the competition in IT services is surely going to heat up.

Should the Indian IT industry be worried?