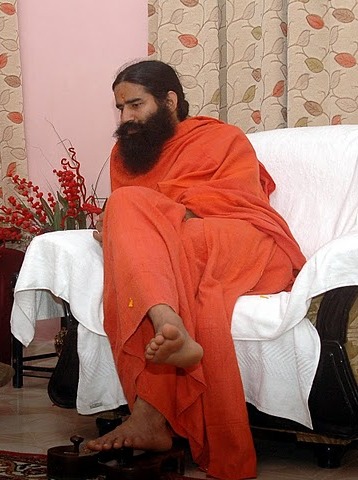 companies just dream about – Patanjali has already crossed the half-way mark. The trouble is always going to be to keep growing on the back of higher revenues. Equally important is to sustain that growth and to maintain that position. Any consistent problems cited for quality and distribution would impact the brand’s image, and consequently the turnover.

However it seems that cracks are appearing in Patanjali’s business, especially related to distribution and quality. The CEO of a leading supermarket said that the sale of Patanjali products at his stores had dipped by ~30% in the previous year.

According to a retail expert, Patanjali-branded aisles were gradually becoming smaller. The reason was not related just to the quality, but more on distribution. The company has been facing difficulties in replenishing stocks post sales. Patanjali seems to be addressing this. According to CEO Balkrishna, “We have appointed 10,000 distributors in order to reach out to every corner of the country. Earlier, we sold only through 50-odd super distributors”. Yet, it is difficult to know if there has been any improvement.

Observing a little more closely, one can see that several Patanjali shops aren’t doing very good business. As per the analyst’s (me) visit to a Reliance Store, though a wide range of Patanjali products are stocked,  not many shoppers were buying them – indicating that the franchisee network was the most important channel to sell their wares. However, in the last month, I noticed that three stores had shut shop. According to me, these stores (franchisees) wouldn’t have shut down unless they were earning sub-par returns.

More importantly, the quality of the company’s products isn’t consistent. A couple of instances are stated below –

Competition is also bouncing back and getting more innovative. For instance, HUL is launching a new brand “Citra” as a natural product which includes far-Eastern ingredients such as Japanese green tea, Sakura and Thai Lotus. During their June quarter earnings call, HUL stated that it had launched 12 new products under Citra. The company is also focusing on its Ayurvedic brand, Ayush, and has already made it a master brand.

To quote Ian Cook, global CEO Colgate Palmolive, “The natural segment in India has been growing rapidly. And to capitalise on this, we’re revitalising our Colgate Active Salt toothpaste bundle.” Dabur CEO Sunil Duggal said they no longer viewed Patanjali as a threat, particularly in the honey segment – “We are beginning to regain some of the lost shares, we have rebalanced the whole value proposition for honey. So, from that point of view, it is largely over”.

As we can clearly see, in the coming days, the onslaught is expected to become more intense. Despite this, Patanjali is venturing into a completely unrelated category of selling garments – maybe just to hit the target of Rs. 20,000 cr. Perhaps they might achieve that. However, if the fundamentals are suffering, the main edifice might just come down like a pack of cards.