Home > Of airlines, airfares and the usual Government interference

18 Dec 10 Of airlines, airfares and the usual Government interference 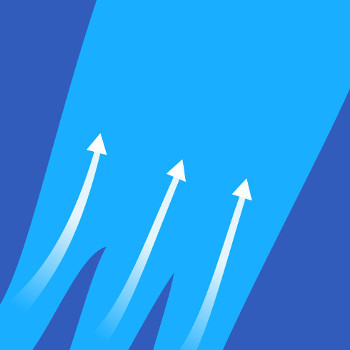 Despite so much evidence to the contrary, our esteemed ministers remain ignorant about the positive effects of market forces. The latest example of this is the brouhaha (love the sound of that word) over domestic airfares. The Aviation Minister, Mr. Praful Patel publicly came out against the “exorbitant” airfares charged by private airlines. This resulted in actions by the regulator, the Directorate General of Civil Aviation (or DGCA) that require setting of minimum and maximum airfares, as well as providing details of airfares in advance.

While I admire the consumer friendly thoughts of the minister, is price regulation the answer? Especially when we do not have a monopoly situation any longer!

In industry after industry, meddling in prices has resulted in sick companies, unsustainable subsidies and stunted growth. Sugar, petroleum products, fertilizers are just a few examples.

In the airline industry, deregulation has brought huge benefits – primarily lower airfares that have boosted demand. Private airlines have adopted international practices with respect to pricing. So if you book a month in advance, you could get a ticket for as little as Rs 2,000, while fares progressively rise depending on capacity utilisation. Tickets at the high-end (such as the Rs 35,000 one way business class ticket between Delhi and Mumbai, a figure quoted extensively in the media) are typically sold to last-minute customers.

The arguments for price meddling have focused entirely on the high-end, while conveniently ignoring the large number of cheap tickets that are available. In the last couple of months, various people in our company have made trips to Delhi (from Pune), and the airfares have varied between Rs 6,000 and Rs 15,000 – for a round trip! A more suitable metric is average fares, but nobody seems to be bothered about that, with all the sympathy for last minute travelers!

Even if the airlines are “exploiting” high demand to jack up rates, why is it necessarily a bad thing? High rates will lead to better profits, which will in turn be used to expand capacity and thereby bring prices down again. This is the way markets work (and they do work!).

When over-capacity and cut-throat fares laid low many of our airlines (including Air India), why not allow them to recoup their losses during good times. Industries tend to move in cycles, and interfering with their natural course only leads to more problems – as we’ve seen in sugar.

In contrast, monopoly airport operators in Delhi, Hyderabad and other places where brand new airports have started operation, have been allowed to raise passenger charges at will – and that too to fund capital expenditure for the future!

I do not dispute the need for regulation. However, this should be focused on passenger safety, timeliness, service standards and so on. Not prices.

Also, regulation and policy need to be transparent – and not subject to political whim, depending on the Minister’s need for positive publicity.

Given the state of policymaking in this country, is there some ulterior motive? Could it be an attempt to beef up the inefficient drain on public money known as Air India? After all, a price band has a minimum and a maximum. Cutting the top 2-3% of “exorbitant” airfares will force private operators to jack up the minimums as well. I doubt very much whether the political motivation for all of this is linked to a better deal for consumers, or to to the sustainability of Air India and its fattened labour unions.