Home > Levelling the field for manufacture of medical devices in India 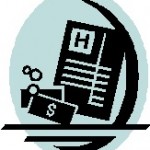 The fast growing medical devices market in India is ridden with tax & regulatory anomalies and malpractices. These are expected to be addressed soon.

The Association of Indian Medical Device Industry (AIMED) is optimistic that the Drugs and Cosmetics (Amendment) Bill, 2014, which is expected to be introduced (and passed) in the current parliament session, will facilitate creation of a level playing field for the Indian manufacturers of medical devices. The earlier avatar of the bill was shelved by the government as industry participants had raised several concerns and objections.  While medical devices were earlier classified under a broad definition of drugs, the new bill provides a separate set of standards and regulations for them.

The impending legislation along with talks of raising the FDI limit in medical devices has raised hopes that the various anomalies in the current regulation of the medical devices industry in India will be removed in the near future.

In order to promote R&D, the government has exempted the import of certain medical equipment from customs duty. Some lifesaving equipment is also exempted from import duty.

As a result of the current tax structure, domestic products are rendered uncompetitive, particularly against cheap imports from China. This explains why over 70% of medical devices sold in India today are imported. The Indian manufacturers primarily play in the low value disposables and consumables space, while the high value equipment and devices are imported.

Fixing the tax structure to make it fairer for domestic manufacture and will encourage manufacture of medical devices in the country. It will also encourage investment and innovation in cost effective devices that better suited to Indian consumers.

Taken together, the initiatives – the new legislation with measures to curb malpractices, increase in FDI in medical devices and fixing of tax anomalies – could change the face of the medical devices market in India quite significantly – for the better!