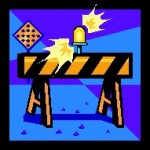 Distribution networks are vital to manufacturers of consumer goods in a large and diverse country like India. They have served as significant barriers to entry for new entrants.

However, ecommerce seems to be lowering these barriers at least in some product segments. Online retailers and market places like Flipkart offer an opportunity for newcomers to reach out to customers without worrying about the logistics of moving the products around the country. The phenomenal success of a few recent launches through online channels could be a glimpse of things to come.

Is this a signal of times to come? Yes and No.

Ecommerce is growing at a phenomenal rate. Industry estimates peg the growth at over 80% in 2013 and an expected CAGR of over 60% in the next 3 years. The number of online shoppers is expected to double during this period. What is most interesting is that a large chunk of the growth is expected to come from tier II and tier III cities that most consumer goods manufacturers are seeking to reach.

Ecommerce has worked better for some product categories than others. Fashion and technology including phones, ipads, cameras, mp3 players and so on have been the key leaders so far – which makes sense, given the profile of a large chunk of internet users in India – young and tech-friendly. Internet penetration is currently at around 10-12%, but is expected to increase rapidly, and this will be a key driver for growth of ecommerce going forward.

However, online retail as a percentage of total retail is miniscule and despite the growth, is expected to remain a small fraction in the foreseeable future. In 2012-13 online retail constituted 7.9% of organised retail, but only 0.5% of overall retail.

New entrants can introduce their products online to test the waters, build their brand and create a buzz in the market. But to make a real dent in the market, they will need to eventually invest in building their own distribution networks.

Brick and mortar will remain the dominant mode of retail in the foreseeable future. Existing distribution networks of incumbents in the consumer goods industry will continue to remain a source of competitive advantage over new entrants.

Nevertheless, the recent success stories in ecommerce have highlighted the increasing importance of ecommerce for all the players and we are likely to see greater thrust by the leading brands in promoting their brands through online channels.