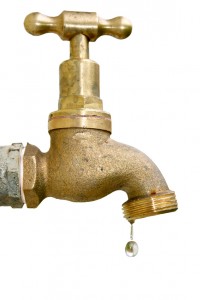 India is among the most water stressed parts of the world. In order to take effective policy actions to stave off the looming water crisis in India, the country first needs to improve its documentation and record keeping…

“The next big wars will be fought over water!” – is an ominous prophecy one increasingly hears. Large parts of the world are drying up – from California to the Middle East to Australia.

Unfortunately India features prominently among the countries that are likely to be most severely hit by water shortages going forward. A much-quoted 2012 HSBC report identifies India as most vulnerable to water stress among the G20 countries. India’s ground water abstraction (process of taking water from a ground source) is twice that of China, the second most vulnerable G20 nation.

Climatic changes are leading to unpredictable and highly variable weather (and rainfall) patterns and ground water levels are sinking. As a result of water shortages, we can expect to see an increase in the conflicts on sharing of water resources not only between nations, but also within the country between different states/provinces, and between urban and rural users of water.

So what are we doing about it? Unfortunately, too little. And a key challenge for addressing the water scarcity problem is the way water is managed in the country.

If the government is to make any attempt to stave off the apocalyptic predictions for the future, some urgent and drastic action is required.

But what is frightening is that the planners have very little ammunition to start with. Documentation and record keeping at the local level are abysmal. Many experts have suggested, for example that fixing the pipeline system to reduce water losses is a quick way to make significant gains. And a few local bodies have indeed started replacing old pipelines. However, during a recent research, we found that nobody knows how many kilometres of water pipelines exist in Indian cities or indeed the rural areas. Only very few pockets of the country have reliable estimates. There is no information on the age profile of the pipelines or a break-up of the total pipeline by the materials used (cement, PVC, cast iron, steel, etc.). It is impossible to plan a revamp of the pipeline system without this basic data. How much should you budget for it? How long will it take? How will you prioritise the needs? Where do you start? There are no answers.

Therefore, alongside action on tackling water management systems, I think the issue of better record keeping and data collection also needs to be urgently addressed.

As they say, you cannot improve what you don’t measure.