The issue of privacy took centre stage, when Mark Zuckerberg faced up to senators, live. What made this transgression different was that Facebook data (via Cambridge Analytica) was used to influence or manipulate elections. This resulted in angry posturing from politicians, as if to say – It’s ok to manipulate people to sell cosmetics or mobiles, but not for votes. 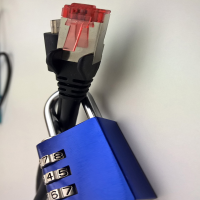 The truth is that almost every political party in every country is using this kind of data, whether from Facebook or elsewhere. Just as every marketing company is! And Facebook is only the small tip of a gigantic iceberg.

And this is just what we (seemingly) know.

Who knows how many malafide pieces of code are sitting in our devices and recording all kinds of information? Could your phone be secretly filming, recording your conversations and tracking your location? This is not hypothetical –the police (and crooks) in many countries use surveillance devices to extract data from phones. China is probably the most advanced among governments, in how it monitors and tracks its billion-plus citizens.

These agencies always collected or stored information. The difference today is that it is electronic, and easier to bundle and transmit. It’s also easier to analyze and spot patterns. And it’s possible to hack or steal!

What about data that you don’t give, but is taken anyway? Soon every street will have a camera. So will malls, supermarkets, stores, housing societies, office complexes, theatres and public buildings. Varying estimates suggest that the average Londoner is seen by a CCTV camera at least 70 times a day! And current technology allows them to recognize faces, car numbers and patterns that you may not even be aware off. Just wait till the drones arrive in your neighbourhood.

Do you need me to go on?

Let’s face the facts. It’s too late – there’s too much of your data out there, and growing exponentially. Privacy laws like the GDPR will largely dissuade law-abiding people (like us) from violating each other’s privacy. But what about the crooks, fraudsters, politicians, police, governments and others who won’t care about any privacy law?