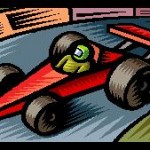 While the practice of competitive intelligence is as old as competition and private enterprise itself, it has emerged as a systematic discipline and a profession in the developed economies only in the last 30 years or so. In India its practice is relatively new, but expected to grow very rapidly.

There are several reasons that come to my mind, why competitive intelligence is gaining appeal in corporate India.

During the license raj, businesses concentrated on gaining access to the scarce permits and licenses that enabled them to be in business and grow. Once they had the required permits, they faced little competition. The economy was also insulated from the rest of the world with limited movement of goods and services across borders.

Liberalisation of economic policies in the 1990s, brought in the first winds of competition for businesses in India, from domestic new entrants as well as foreign companies. But this remained limited, as both businesses and regulators struggled to find their feet in the new environment. Entry of foreign companies was also slow, as they cautiously gauged the Indian market.

By mid 2000s, however, the business environment had decidedly changed. GDP growth gained momentum and led to a cycle of further growth in both capital investment as well as consumption expenditure. Also, multinationals started looking at India as an attractive market when the recession hit most of the developed world in 2008-09. The emerging markets including India are drawing the multinationals even more now, as recovery in the developed countries is proving slow and painful.

This has brought in another gust of competition in India. As the multinationals are struggling in the developed markets, they are looking at possible opportunities in the emerging markets with renewed vigour. Companies in India need better competitive intelligence if they want to survive this onslaught of global attention.

In addition to competition, multinationals are bringing in a cultural change in corporate India. They are bringing in global management practices, which will very soon become the benchmark for Indian companies as well. Already, one can see instances of family run businesses bringing in more professional management in order to bring in a global perspective in their businesses. Further, the age old reliance on intuition to make decisions is proving inadequate. Intuition is guided by previous experience; so it works well in a stable and predictable environment, not the dynamic one that we now operate in. Competitive intelligence and the culture of backing all decisions with hard data and analysis is also permeating into the Indian boardrooms, thanks to the changing business culture.

Another key driver of competitive intelligence in India is the increased availability of tools and techniques for doing competitive intelligence. Fragmentation in Indian industries, the large unorganized sector, and under-documentation mean that data availability in India is very low. The degree of difficulty in doing competitive intelligence is therefore much harder. However, CI professionals in India are innovating methodologies and techniques to overcome this problem. Also, increased digitization of information has meant that more information is now available from secondary sources than before. Technology is also coming up with solutions for cutting through the noise on the Internet and getting to reliable and usable information faster.

These were some of the thoughts that were discussed at the recent briefing on “Competitive Intelligence and Information Overload” hosted by ValueNotes and Dow Jones in Mumbai. The event was attended by senior strategy, planning and marketing professionals from some of the leading companies in India.

What are your views on the practice of competitive intelligence in India?